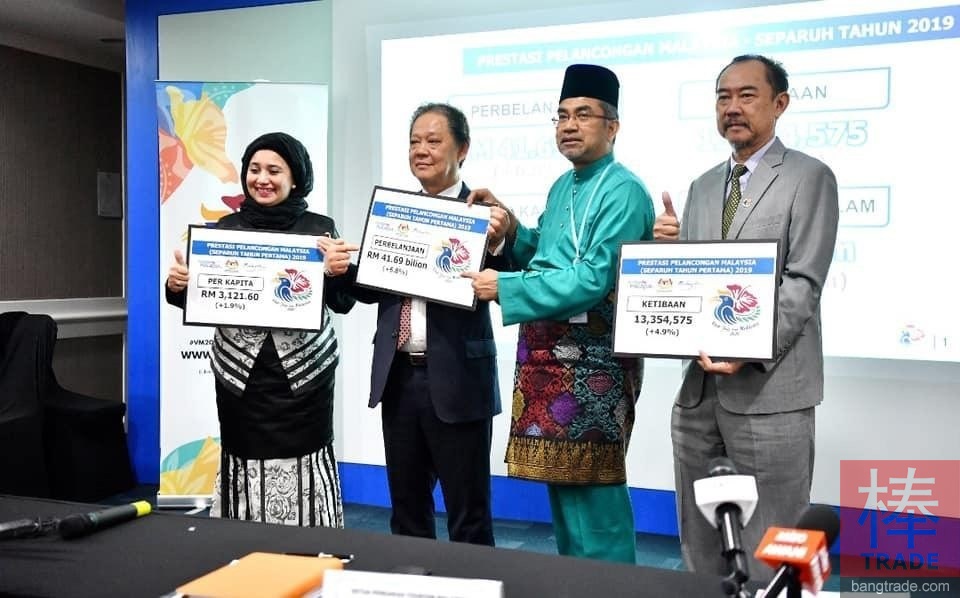 Tourism contributed RM41.69 billion to the economy in the first half of 2019

In the first half of this year, Malaysia’s tourism revenue was RM41.69 billion.

Compared with RM39 billion in the same period last year, it increased by 6.8%.

Tourism, Culture and Culture Minister Datuk Mohamaddin Ketapi said that the number of visitors to Malaysia in the first six months of this year has also increased by 4.9%, from the previous 12.73 million to 13.35 million.

He said that the 10 countries that affect the numbers of Malaysian tourists are Singapore, Indonesia, China, Thailand, Brunei, India, South Korea, the Philippines, Vietnam and Japan.

Mohamaddin said today at a press conference on tourism performance from January to June 2019.

He said that the top five countries that contribute to Malaysia's tourism revenue are Singapore, China, Indonesia, Thailand and Brunei.

When asked if it is possible to achieve the tourism target of 28.1 million passengers this year, the minister said that based on positive trends and the peak season from July to September, most people in Europe and the Middle East will go there during the summer vacation, still possible.

At the same time, Malaysian Tourism Director Datuk Musa Yusof said when asked about the Chinese market, this trend is also positive, which is to promote the 2020 year of tourism and culture in Malaysia. The effort made.