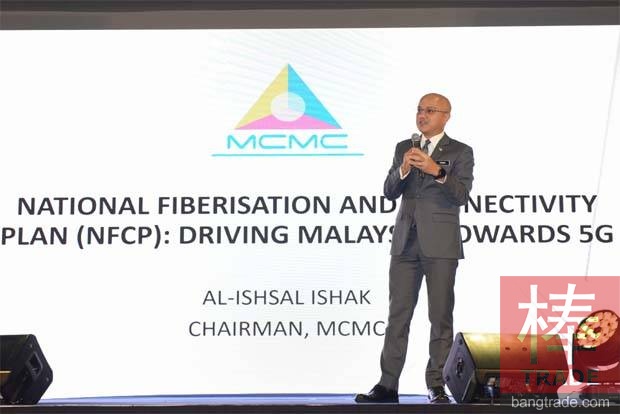 The Malaysian Communications and Multimedia Commission (MCMC) expects multiple bidders, including foreign companies, to be part of a consortium that builds 5G networks.

MCMC Chairman Al-Ishsal Ishak said the marketing plan outlines the structure of the consortium and how it operates, and the plan will be released next month.

He said that a tender will be held in April, requiring all parties to bid for the 5G bands identified as 700MHz, 3.5GHz, 26GHz and 28GHz.

‘Al-Ishsal said in a StarBiz briefing yesterday:“ Either party can bid for the spectrum, but in the end only one entity can get it.

"The consortium will make a modest profit, and we will regulate wholesale access pricing," he said.

He added that whether it is a member of the alliance or other telecommunications operators outside the alliance, any party can use the 5G network for wholesale access to provide consumers with 5G services.

The idea of ​​establishing a single entity or consortium to build 5G infrastructure is to reduce costs and avoid duplication of network construction. At the same time, the plan is to ensure that service standards are met.

`` We don't want to roll out substandards like 4G, which is why the decision to establish an entity has determined that participants will become shareholders of the consortium to launch 5G infrastructure, '' he said.

He said that there is not enough fiber on the ground of mobile players, because only 40% of towers and sites are connected to fiber optic networks.

(Source by The Star)

From January 20th, the first stage payment of BSH 2020